Showing posts from September, 2021
Show all

September 19, 2021
When Burger King came out with the Impossible Whopper in 2018, it made news.  While Burger King claimed the burger could be made vegan by ordering it without mayo, most vegan press/blogs derided it as not being truly vegan, since the burgers were cooked on the same broiler as chicken and beef products. I, like the Bruce Willis characterization of Jimmy 'The Tulip' Tudeski in the movie "The Whole Nine Yards", can't stand mayo on burgers to begin with.  For me, ordering an Impossible Whopper with no mayo was a given.  I own a Tesla, which means that on road trips from Virginia to New England, I often stop at the Newark, DE supercharger, and have enjoyed many Impossible Whoppers sans mayo.  I've even had fries with it, knowing (at least sub-consciously) that their chicken nuggets and chicken fries were fried in the same fryer.  As I've said, I'm a 'vegan' because I eat plant-based for my health, not because of any adherence to a philosophy.  From
2 comments
Read more 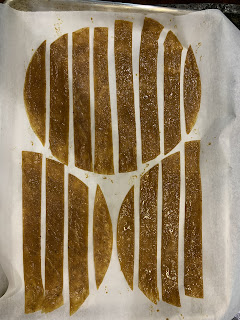 September 04, 2021
Hello Friends, I'm Ed Lopez, a 58 year old guy who has been 'vegan' for over 5 years.  I say 'vegan' though I'm not a fan of the term, simply because there is a lot of political and philosophical baggage associated with the term.  I kind of prefer the term 'plant-based', but that always seems to draw confusing looks as well, so 'vegan' it is.  I still wear leather, and if you invite me too a BBQ, I happily provide the Impossible Burger patty to toss on the grill. I call myself the Bad Vegan Boy, because I'm a vegan who enjoys good tasting food, and over the years have determined how far you can really stretch the rule and stay plant-based.  I became a vegan in 2016, a few months after I was diagnosed with Type II diabetes.  At that time, I was 6'1" over 260lbs, was traveling 200K+ air miles a year in technical sales, and there wasn't a steak house or sushi bar I didn't love.  Don't get me started on NY pizza!  But an A1C
1 comment
Read more